Can I see the full conference program?

Where can I find a listing of the concurrent sessions?

Concurrent session information can be found on the Sessions option on the menu and in this PDF.

Who do we contact for more information or to answer questions?

I'm thinking about coming a day or two early or staying over to the next weekend.  Do you have any recommendations for things to do before or after the conference in the Newport area?

Here are a few FUN THINGS TO DO IN AND AROUND NEWPORT to get you thinking!

Where can I access the University of Oklahoma's W-9 to process payment for attending ACHE?

Please email lasmith@ou.edu to get the form.

Why should I attend ACHE 2018?  A testimony from ACHE Vice President Amy Johnson

I am excited that ACHE is heading back to Newport, RI for the 2018 conference.  My first ACHE Meeting was in Newport nearly 14 years ago. I didn’t know then how much ACHE would influence my life and my career.  I started my volunteer work with the organization simply by agreeing to serve as a presider during a concurrent session at an ACHE South meeting.  Presiding doesn’t require much commitment.  You simply serve as an assistant to session presenters, distribute and collect evaluations, and help to ensure that the session ends on time.  At every subsequent meeting, I was encouraged by one of my colleagues to dive in a little farther into the work of the organization. Soon I was serving as chair of my region, running for the Board of Directors, and chairing committees.  Last year, I was honored to be elected Vice President of ACHE. ACHE has given me a team of colleagues who serve as both creative think-tank and crisis management team.  ACHE professionals are the people I call when I need ideas, solutions, and very often – courage.

One thing I rarely share with folks is that I’m a pretty big gambler. I love a good black jack game and I can spend hours at a slot machine.  Fortunately, a small casino, the  Newport Grand is less than 2 miles from the hotel.  I’m looking forward to meeting you in Newport – If I’m hard to spot, I’m sure it won’t be because I’m at a poker table. 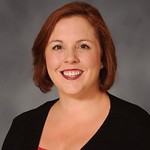 Amy Johnson has more than 15 years of experience in continuing higher education, adult degree programming, teaching & faculty development, and university first-year experience courses.  Dr. Johnson is the director of the Center for Teaching Excellence at East Tennessee State University.  In this role, she facilitates and assesses faculty workshops as well as facilitates interdisciplinary faculty learning communities aimed at helping faculty learn best practices for improving student engagement and critical thinking.  She is committed to changing adult lives through education and training.  Her scholarship has focused on the science of student learning, as well as success factors for adult and non-traditional students. Dr. Johnson has also been an active leader of the Association of Continuing Higher Education. She is currently serving as Vice President of the organization and has also served as co-chair of the conference planning committee, chair of the research committee, and regional chair of ACHE south.   Dr. Johnson earner her BA from the College of William and Mary in Virginia and an MA and EdD from East Tennessee State University. As a person, Amy enjoys a good campfire that is surrounded by good conversation, a few guitars, and lots of singing voices. She is a big fan of Americana and Folk music, low brow novels, and almost all HBO series.

Why should I attend ACHE 2018?  Thoughts from ACHE Board Member Amy Jordan

The annual conference is a celebration of shared successes, serious conversations about shared challenges, and strategic overviews of how we will sustain our shared institutional and organizational goals. We share what we have learned from our past efforts and what we can do better. We all come to the conference seeking solutions and energy. We leave with new information and renewed motivation and creativity. In the big picture, what we bring “home” serves our institutions, our students, and our own growth. In the wake of our annual conferences, we feel a revitalization that brightens our discussions with our colleagues, our students, and within our own professional journeys. 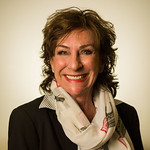 Why should I attend ACHE 2018?  A testimony from ACHE Board Member Tim McElroy

I became involved with ACHE, in 2007, through an adult degree completion program at my institution.  We won an award at the regional level and were fortunate to win at the national level. I attended the national conference, to accept the award, and I was pleasantly surprised how friendly and welcoming the people were.

Since that time, I have been “hooked” on ACHE and the great people and experiences the organization offers.  The opportunity to meet folks from all over the country who share the same problems and issues has been very rewarding.

I can pick up the phone and seek advice and assistance from a multitude of educational professionals -- and you do not always find that in every organization.  ACHE has become an integral part of my professional life, and I really appreciate my ACHE family.

I would encourage anyone who deals with adult and continuing education to give ACHE a try.

Dr. Tim McElroy has served as Dean of the Northeastern State University (NSU) campus in Muskogee, Oklahoma since June 1, 1999, and has 40 years of experience.  Before going to NSU he held positions of Public Information Director, Director of High School and College Relations, Director of Admissions, and Registrar at four other institutions.

He became involved with ACHE in 2007 while directing the statewide Reach Higher, degree completion program.  Reach Higher is a consortium of nine regional universities and 14 community colleges throughout Oklahoma.

His ACHE involvement includes serving as both chair-elect and chair of the Great Plains Region, Director at Large on the ACHE National Board, and member of the planning committee for International Conferences in Albuquerque, Las Vegas, St. Louis, New Orleans, and Newport.

What are the transportation options for getting to Newport?

There are many ways to get to Newport - through nearby airports, bus, car, train, and even boat.  Learn about some of these options, including travel time and approximate costs here.

Is there more information I can share with audiences to whom I am presenting?

Introductory information about the conference can be downloaded in this PowerPoint presentation.

Where can I see photos from last year's ACHE Conference?

Click on the picture below (or follow this link) to find an album of photos from ACHE 2017 in Portland, Oregon! 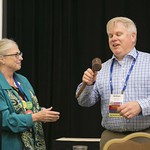 What is Newport, Rhode Island like in the fall?  Are there other things to do there when we're not in conference sessions?

Newport Rhode Island has many activities and locations to explore.  Learn more at Discover Newport.

Watch this video from Discover Newport!

Click on the picture below (or follow this link) to find an album of photos from Newport, Rhode Island! 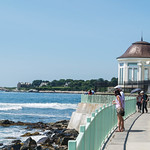